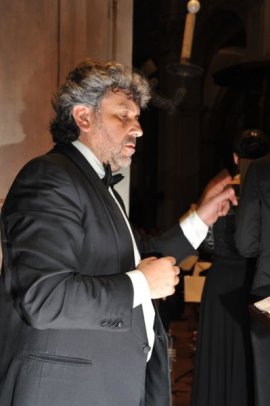 As an organist he has performed in concerts as a soloist and in chamber groups specializing with teachers Harald Vogel and Tom Koopmann. In 1996 he attended a masterclass held by the Hungarian composer György Ligeti; He has also taken courses in Analysis and Composition held by Maestro C. Mosso and by R. Piacentini.

Since 1989 replaces the Maestro G. Mint to direct the Chorus "G. Verdi” of Pavia, with which performs concerts.

He has set up the opera Traviata and Rigoletto, Madame Butterfly by Puccini and Mascagni's Messa di Gloria with the Orchestra City of Pavia.

Since December 1998, he worked with the Philharmonic Orchestra of Verona conducted by Maestro A. Nanetti, with whom he performed in the famous Hall of the Municipal Conservatory of Luxembourg in a concert with the participation, among others, the soprano Katia Ricciarelli.

In 1999 he directed the world premiere of the choral part of the Cantata Roma Nobilis of the composer Giuseppe Zanaboni with the Italian Philharmonic Orchestra conducted by Maestro Walter Proost.

In Milan Cathedral he directed the choral part of the Messa Solenne for St. Cecilia by Charles Gounod and was named the State Opera of Freiburg to set up the chorus in the opera “Madame Butterfly” and “Boheme”. Since 1999 he has organized the children's choir "Laeta consonantia". In October 2000, he will stage and affect on CD works of Catalan and Mascagni.

To concert alongside teaching. 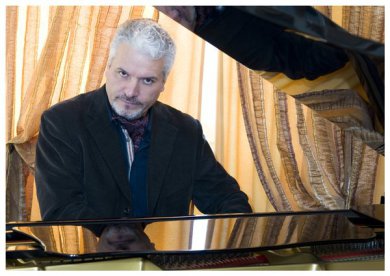 Professor of singing at the Conservatory "Giuseppe Verdi" in Milan, among his students many singers of international level including the most beloved tenor Andrea Bocelli. Best known worldwide for his technique of "Affondo", he has published several books about this vocal method, widespread and appreciated, even in Asia, where in recent years is pursuing projects from Italian Brand.